Walkin' and Talkin' (and Other Smash Hits) 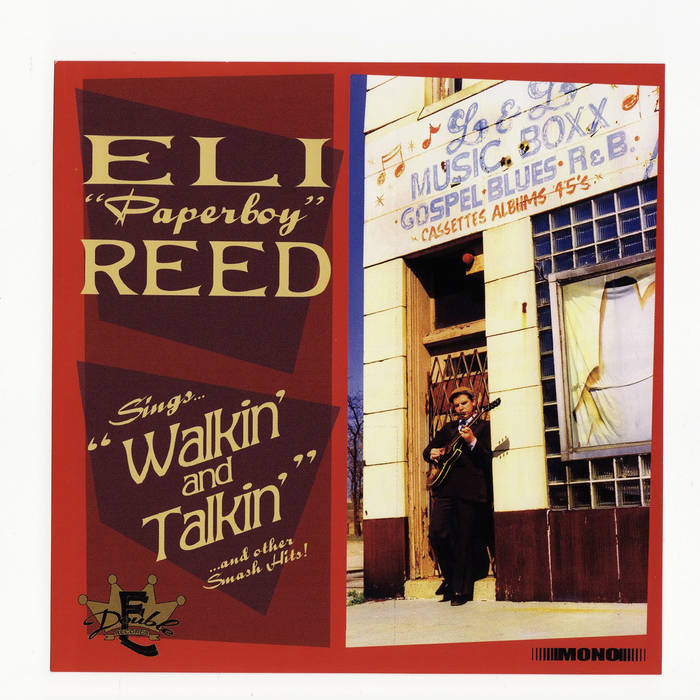 Sir Reginald Styles What an awesome sound, unique in this day and age but a most welcome groove by any standards. Eli reminds me of Junior Wells & a little of early Van Morrison with a biting guitar tone that brings you back to early MoTown & Chess. Dig it! Favorite track: The Poor Side Of Town.

helloiamdavid I've been following Eli and his merry band of Trueloves (OK, now no longer with the loves') for a long time now. I'm still waiting for this to be re-released on CD.

I think I've probably seen him live more than any other act or band, and I'd still go to see him when they/he comes back to town... especially if I keep getting compliments on my clothes and shoes :)

Cheers Eli! Favorite track: The Tips Of My Fingers.

In 2004, Eli "Paperboy" Reed stepped in to a basement studio in Boston, Massachussetts with a few friends and and a plan: To record the combination of Downhome Blues, R&B and Soul that they had been experimenting with in rehearsal and at clubs around the city. That day, Reed and his crew ended up recording 17 songs, all live to 1" 8 track tape in glorious mono. 12 of those tracks became Eli "Paperboy" Reed Sings "Walkin' and Talkin" (For My Baby) and Other Smash Hits, Reed's first full length LP. The following summer, thanks to a loan from his parents, Reed pressed up 1,000 CD copies and proceeded to sell them at his live shows and while he busked for change in Harvard Square. Within a few short months, those 1,000 CDs were gone and Reed moved on to bigger and better things.

Now, 10 years later, things are quite different. Reed has gone on to become a star on the international Soul scene, with three more full-length albums, many singles and hundreds of live shows around the world under his belt. As the 10 year anniversary of "Walkin' and Talkin" approached, though, Reed began to think more and more about the magic that happened that day in the studio and that it might be time to revisit it. His bandmates back then have spread out and become famous in their own right: Drummer Eli Keszler is a sound artist and innovator in the experimental music scene in New York and around the world, while bassist Jake Leckie is a first call session player and recording engineer in San Francisco.

Now, with Reed, the three of them are reuniting to celebrate the 10 year anniversary of that classic album with a tour and a vinyl-only reissue. This is a once in a lifetime even to see Eli "Paperboy" Reed return to his Raw Blues roots with just his guitar, his voice and his old friends supporting.

A unique opportunity to see Eli recover his Raw Blues roots with his guitar and voice, and with his two good friends.
More info: www.facebook.com/elipaperboyreed

Bandcamp Daily  your guide to the world of Bandcamp

Featuring Gary Bartz, 5 years of Rhythm Section Intl and an LP of the week by Nicolas Jaar